Back 4 Blood is a horror-style game where players confront hordes of zombies. People have turned into terrible creatures. After the destruction of humanity, players have no choice but to fight the enemy and destroy the zombies to win the world from them.

Back 4 Blood features a singleplayer mode, but it is less exciting than the basic multiplayer for four gamers.

The game consists of three acts with several missions and the fourth with the final one. They are all embraced by a storyline. The game can be practically completed in a couple of dozen hours at the easy difficulty level.

The salient feature of the gameplay consists in utilizing the same set of cards with different random modifiers that change the opponents’ behavior or loot, as well as in replayability.

In the four-player cooperative mode, the gamers have to work as a team to complete difficult missions. The team can be led in a singleplayer mode or by inviting up to three friends.

The player has the opportunity to choose from eight Cleaners and customize them as they see fit. One can also pick up items and weapons to develop tactics against constantly evolving opponents.

Gamers can participate in PVP battles with friends or against them. There is an opportunity to become a Cleaner or take the side of evil and play as a terrible monster. Both sides have certain unique abilities, weapons, and bonuses. 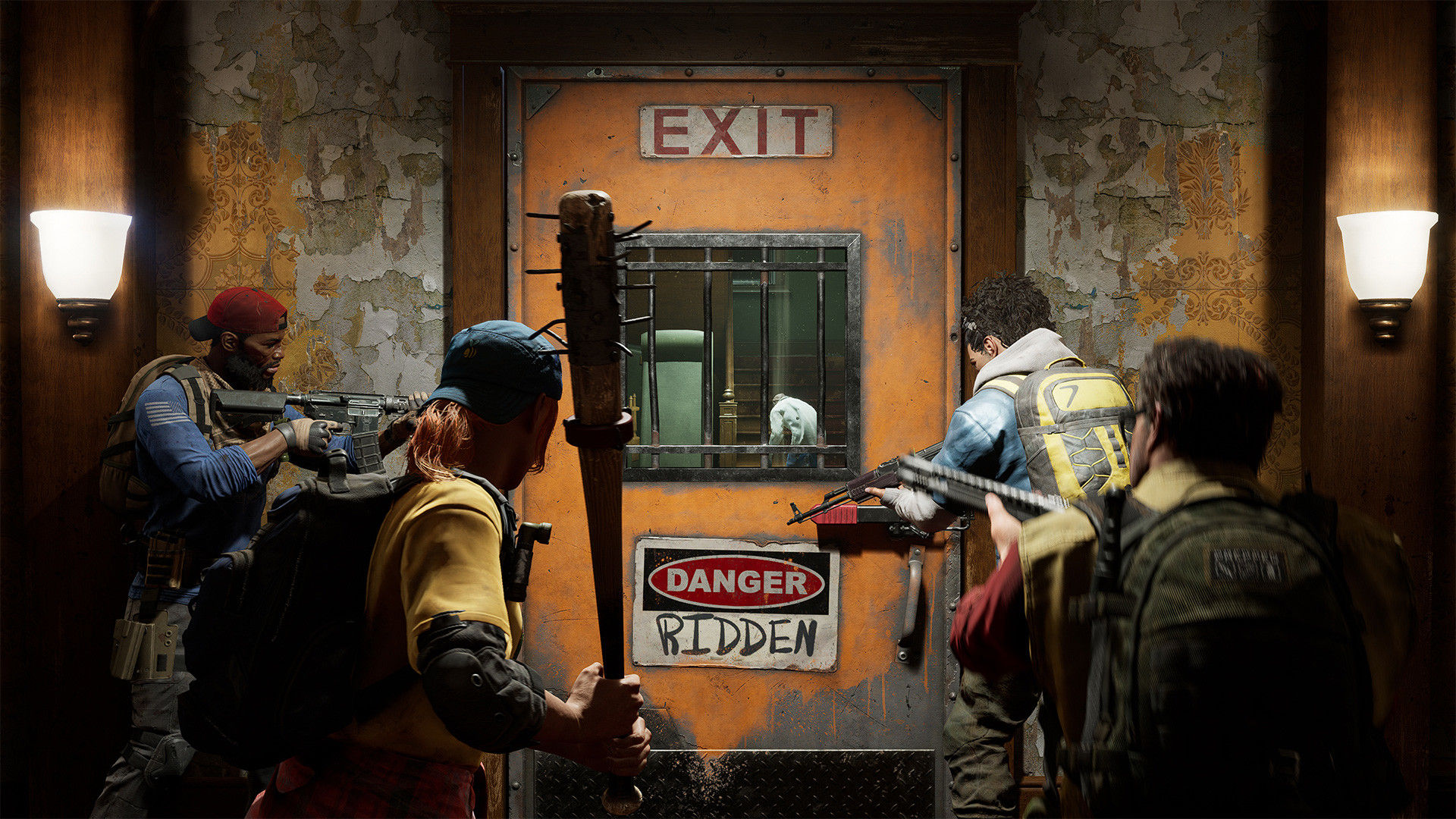 The game features 33 missions to complete, which always have a similar scenario.

A distinctive feature of Back 4 Blood is a card modifier system that introduces the elements that improve the game’s replayability. A gamer can build a deck of 15 cards that will be useful during the completion. Before a new mission, the player selects one modifier from the deck and, as the game continues, collects the entire set of cards. Moreover, the following additional cards are also scattered on the locations:

Besides cards and modifiers, the game offers a set of characters, each of which has certain skills: one adds characteristics to the entire team, while others provide a passive unique abilities. During the teamplay, one can arrange convenient combinations that will ensure support during the completion of particularly difficult missions.

The dynamic system of the game constantly adapts to the gamers’ actions, thus offering exciting battles, extreme variety, and whole hordes of zombies, including different types of mutated bosses.

Back 4 Blood is a really interesting game with cards and the possibility of customizing weapons.